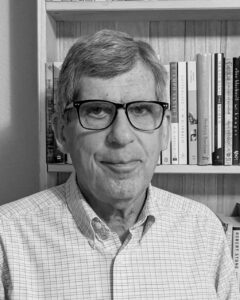 Don Zancanella has won the John S. Simmons/Iowa Short Fiction Award and an O.Henry Prize. One of his stories was cited as a distinguished story of the year in the 2019 Best American Short Stories. He has published widely in literary magazines. He was born in Laramie, Wyoming, and has lived in Virginia, Colorado, Missouri, and New Mexico, where he taught at the University of New Mexico. He studied with John Edgar Wideman, Thoreau and Emerson scholar Robert D. Richardson, and John Williams. He now lives in Boise, Idaho, with his wife and their rescue dogs.

Don Zancanella’s new novel, A STORM IN THE STARS, about Mary Shelley, Percy Bysshe Shelley, and the writing of Frankenstein, will be published in August 2022 by Delphinium/HarperCollins.